Interested In Investing In Start-Ups? Risky But So Much Fun!

One of the nicest things about the world of investing is you make money from it of course. But besides the chance of getting rich, investing in start-ups is a lot of fun. 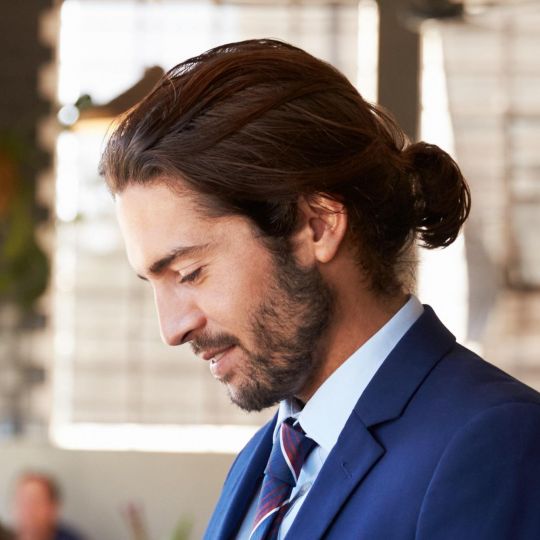 One of the nicest things about the world of investing is you make money from it of course. But besides the chance of getting rich, investing in start-ups is a lot of fun.

Investing in young, ambitious start-ups is perhaps the riskiest thing you can do with your money, apart from betting on red at the roulette tables. But the reason it can be so much fun is that you’re involved in new ideas, concepts, trends, and technologies.

What is start-up investing?

What if you have an idea? And you develop that idea into a business plan with a prototype product, service, app, or revolutionary way to send your in-laws to Mars.

Then you need people who believe in you and your idea. People who want to invest money in your start-up and can help you make it a success.

In exchange for a share in your small, young company, you will have an investment round. You can do this privately by inviting acquaintances in your network to participate.

But nowadays it is possible to register your start-up funding with an investor network or an “angel network”. Like Hamster Connect or Crunchbase.

The term Angel Investing is popular in the US and refers to investors who put money into companies before anyone even sees an opportunity in it. It’s the “Angels,” who are saviors of an idea or start-up.

If successful, there are often several more rounds to follow, which other investors can jump into. But on more unfavorable terms than the Angel’s.

This is of course a simple calculation and it is a bit more complex in real life.

Why invest in start-ups?

If you are a technology enthusiast and you like to follow new developments closely, investing in a start-up can be something for you. It is very interesting to be able to be involved with entrepreneurs who are full of energy behind their product or service and want to make a success of it. Like Mark Zuckerberg in the early days of Facebook. Among other things, the successful investor Peter Thiel has been successful in this, and that has not put him off. Did he know Facebook was going to be this big? Probably not. But he saw something in the idea and in Mark, which made him want to invest in Facebook and take the gamble.

So wouldn’t it be great to have the opportunity to invest in something even before it's a real success and everyone talks about it? Yes! But, that’s not the only reason to invest in start-ups.

Now, of course, it’s not the case that every start-up you can invest in succeeds and becomes the next Facebook or  Uber.  There are several estimates on the Internet, but in general, it is stated that 1 in 10 start-ups succeeds.

Then you might think, “nice, I’ll invest a tenner in 1,000 start-ups and then one of them will be the next Facebook”. But that’s not how it works.

There are hundreds of thousands, if not millions of start-ups worldwide, that see the light every year. This makes it quite possible that when you invest in 1,000 of those start-ups, they all fail.

To make it easier for investors to choose a good start-up, there are now many platforms that do the preselection.  Like Hamster Connect. They help investors select start-ups that fit their investment criteria without getting swamped by start-ups seeking investment.

This makes it easier for investors to make a choice because a large part of the pre-selection has already been done.

You as an investor, have gained a 10% share in this start-up. If it is a success and if this start-up becomes the new Uber or Facebook, worth, for example, 1 billion euros, then your share represents 10% x 1 billion = 100 million euros.

That sounds great. A hundred thousand euros inlays and 100 million euros into your bank account. Not quite…. These are, of course, the exceptions. I said before that most start-ups fail. That’s the risk you’re taking.

And the start-ups that do succeed might be worth a few million. Not billions. It’s possible, but it’s not realistic. So don’t base your choice to invest on a pot of gold. Do it because you like to be involved in new trends and technologies. That’s what I do. And sure, I don’t want my investments to end up being worth anything over time.

But I do take it into account and base my (small) investments on it. I already love it when I invest in a start-up that suddenly appears in the news years later. “Hé, I invested in this! How cool!”.

How do you earn from investing in start-ups?

When you invest in something, you also want to know when you can expect something in return. With shares on the stock exchange, you know that there is a possibility that your stock will become more valuable if the company makes more profit and is successful.

It’s different with a start-up. After all, the share you have in a start-up is not marketable on the stock exchange. However, there are a number of ways to “cash”:

Various platforms offer a secondary market, where investors can sell their share in a start-up to investors who have missed the investment round (for example, after a few years).

Sometimes at higher prices (when the start-up has grown in the meantime), sometimes at the same value as you bought your share for. And sometimes you can’t lose them in any way, because no one believes in them.

It is also possible that the start-up will be acquired and with it the shares of the investors. As a result, the party that wants to take over the company will make an offer to buy out existing investors.

You probably heard of it: IPO’s. Once a private company goes public (such as Uber, Facebook, Lyft, Snap, etc.), it offers early investors the opportunity to sell their stake to the “public”.

This is in theory every start-up investor’s dream. Because often the start-ups were worth only a few million at the time of their private rounds, and as soon as they go public, we may be talking about a valuation of hundreds of millions – if not billions. And then it’s really cashing in. Then we’re talking about possible profits of 10-1000x your investment. In that case, every 100 euros can be worth 1,000-100,000 euros. But, this is very exceptional!

It’s very nice to see videos of young founders telling full energy how their product or service is going to change part of our future. It gives you energy and of course, you want to make some money out of it. It’s a long shot, but it’s a nice guess!